Dante Basco: A Brief Look into the Career of Zuko’s Voice Actor

Nickelodeon’s 2005 animated series “Avatar: The Legend of Aang” has become a pop cultural icon of the 21st century. This is because of the uniquely diverse world of the series, excellent plot and memorable characters. Arguably one of the best and favorite characters in the series is Zuko, dishonored prince of the Fire Nation, voiced by Dante Basco.

Dante Basco’s raw and powerful performance as the fiery prince was just as important the character’s success as his story arc. However, there’s more to his career than just being Zuko’s voice actor. Although he hasn’t graced the Broadway stages yet in shows like “The Book of Mormon,” he still has an incredibly varied career as a thespian. He has been credited with over 130 roles as an actor, both in television and on the big screen.

Today, you’ll learn more about Dante Basco’s early life, his beginnings as an actor, his recent career and his roles beyond Prince Zuko.

Dante Basco was born in Contra Costa County on August 29, 1975. His mother was Filipina and he is of Filipino-American descent. In his childhood, he was raised in different cities throughout California. First, he spent a few years in Cerritors before moving to Paramount. Even as a young man, Dante Basco was already eager to be a performer, scoring five different roles in films before he even graduated high school.

During his early career, Basco was also attending the Orange County High School of the Arts. The school only had 400 students, but each one was thoroughly trained in different performing arts. The school offered acting classes along side music lessons and dance tutorials. Zuko’s voice actor, still in his teens, would greatly benefit from this expanded curriculum.

After graduating high school, and with already a few acting roles and a nomination for a prestigious award under his belt, Dante Basco would go on to establish himself as an actor and voice talent. 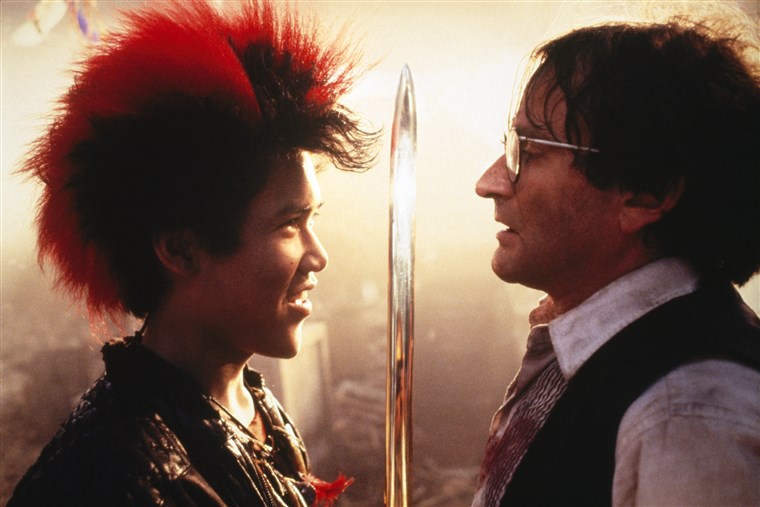 Dante Basco largely focused on landing films before he was drawn into the world of voice acting. While still a teenager, he got his first role in Michael Jackson’s experimental 1988 musical film “Moonwalker.” It was a negligible role, to be sure, despite the high profile of the movie. His next role, in the 1989 film “The Wizard” was deleted entirely.

It wasn’t until 1991 that Dante Basco would land the role that would set his career on the path to success. He was 16 when he successfully auditioned for the role of Rufio in “Hook.” Basco captured the attention of audiences everywhere as the roguish interim leader of the Lost Boys in the sequel to the adventures of Peter Pan. Years later, Basco offered a video tribute where he spoke fondly of his co-star Robin William after the comedian’s tragic death in 2014.

After his initial success as Rufio in Hook, Basco’s career would mostly consist of side characters and bit roles for most of the ‘90s.  He did get the leading role in the 2001 independent film “The Debut,” a film that explores the lives of the Filipino American communities in the United States. The cast and the film were received positively, with noted film critic Roger Ebert even praising the performance of the young cast.

Dante Basco would also land a prominent role in Antonio Bandera’s “Take the Lead” as a troubled and talented inner-city high schooler. Despite these sporadic successes in film, it wasn’t until 2005 that Basco would find the lucrative niche that is voice acting. 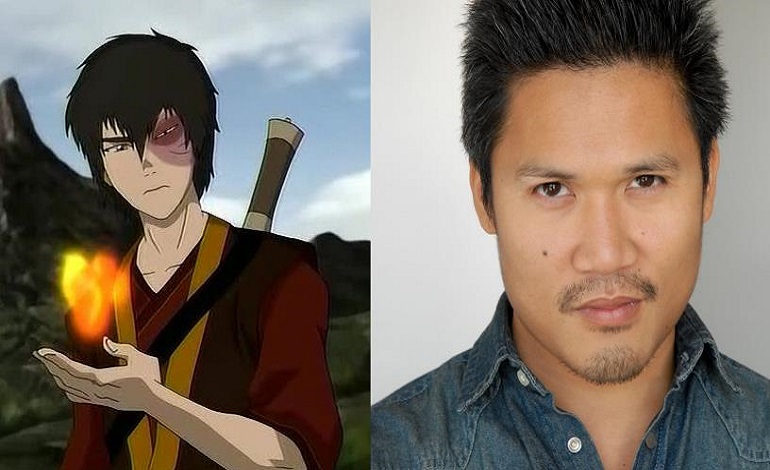 Although Basco is most popularly known as Zuko’s voice actor, he had already been providing voices for animated characters early in his career. He provided additional voices in the 1995 Disney film “A Goofy Movie.” In 2002 and 2003, he lent his to one-episode characters in two of Disney Channel’s prominent animated series, namely “The Proud Family” and “Kim Possible.”

But the true impetus of Basco’s voice acting career would be his role as the titular character in the 2005 Disney animated series “American Dragon: Jake Long.” Although he was Filipino and not Chinese like his character, Dante Basco was still an Asian-American, one of many voice actors of similar descent in California. While providing the voice of the biracial dragon, Dante Basco would also work with his future co-star in “Avatar,” Mae Whitman, playing his character’s love interest.

While “American Dragon: Jake Long” was still on the air, Basco would get the role that would make him a voice acting star. In 2005, he received the honor of being Prince Zuko’s voice actor. The character immediately became a fan favorite because of his intensity and compelling redemption arc.

Playing the pyrokinetic prince to perfection launched Dante Basco’s career as a voice actor. He went on to play minor characters in different animated series, as well as being Zuko’s voice actor in the tie-in video games.

But Basco didn’t forget to nurture his career beyond the Fire Prince.  After “Avatar: The Legend of Aang” concluded in 2008, Dante Basco revitalized his career through different means. 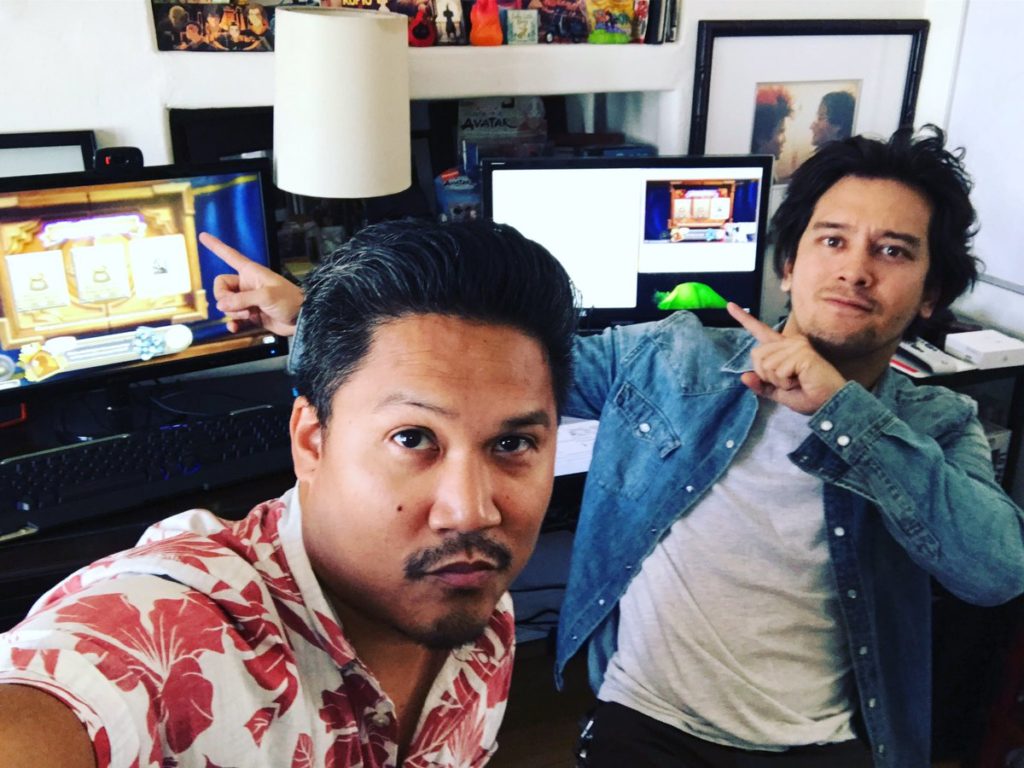 Although being the voice actor for Zuko cemented Basco’s career, he still regularly appeared physically in films and television. Dante Basco also made sure to get with the times, appearing in multiple web series, either as a guest star or as a character. From 2014 to 2019, he appeared in no less than 6 episodes of coFilmedic review series “Nostalgia Critic,” notably reviewing episodes of the “Avatar.”

Recently, he also appeared in Twitch’s interactive science-fiction program “Artificial”. Basco says he was drawn to the series because he had been a fan of similar interactive web videos, like “The Lizzie Bennet Diaries.”

Although we probably won’t be seeing Dante Basco on the Broadway stage anytime soon, belting out songs from “Heathers: The Musical,” this talented Filipino-American has shown incredible versatility. Take a look at some of his most prominent roles, both as an actor and as a voice acting star. 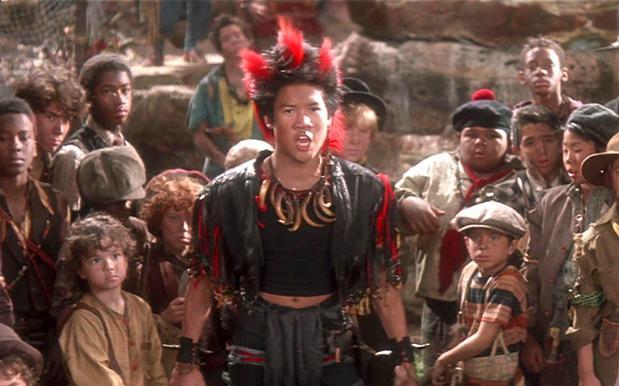 Basco’s big break, the snarky and aggressive leader of the Lost Boys showcased his immense talents early on. As Rufio in “Hook,” Basco was so forceful that he earned himself two award nominations despite his youth. Not to mention that his bad boy attitude and assertiveness sort of made him the attractive bad boy for early 90s teens. 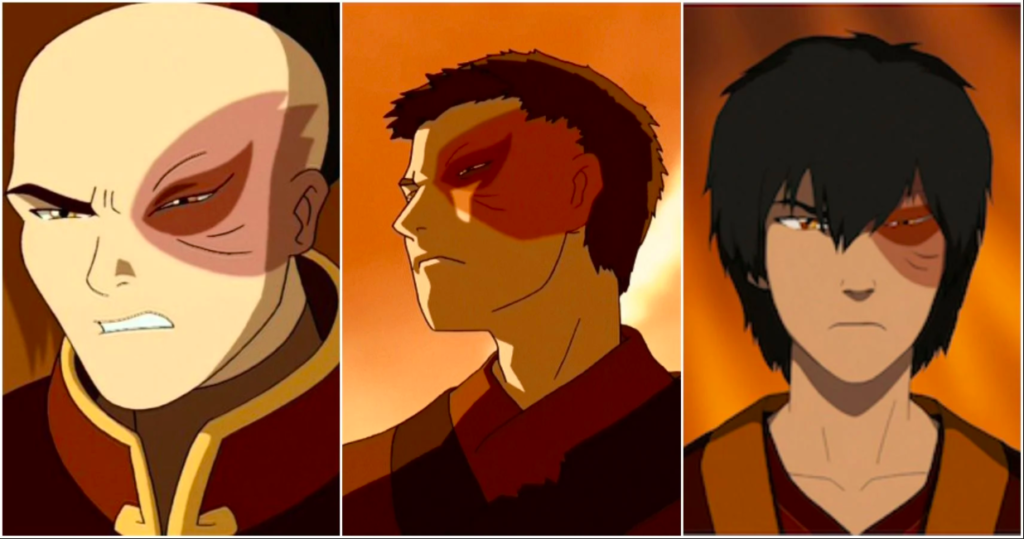 Dante Basco’s most prominent role so far is still as Zuko’s voice actor. He portrays the anguish of the banished prince with such finesse, fans of the series routinely place the character at or near the top of favorites. His voice acting manages to convey the difficult transition Zuko has to make, between the right choice and his honor, his cruel father and his loving uncle, the respect of his family and respect for himself. Plus, his deadpan delivery of some of the show’s most meme-worthy lines really highlights how versatile he is as a voice actor. 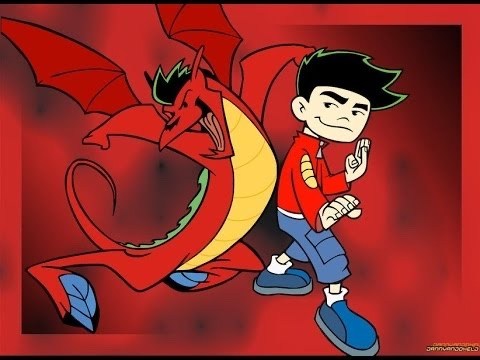 Prior to becoming a firebending prince, Basco was first a fire-breathing dragon-boy in “American Dragon: Jake Long.” This role, while being thoroughly enjoyable, was nowhere near as nuanced as Zuko, although it still tackled the difficulties of being born to two different cultures. It was also essential in showcasing his talents outside the silver screen. 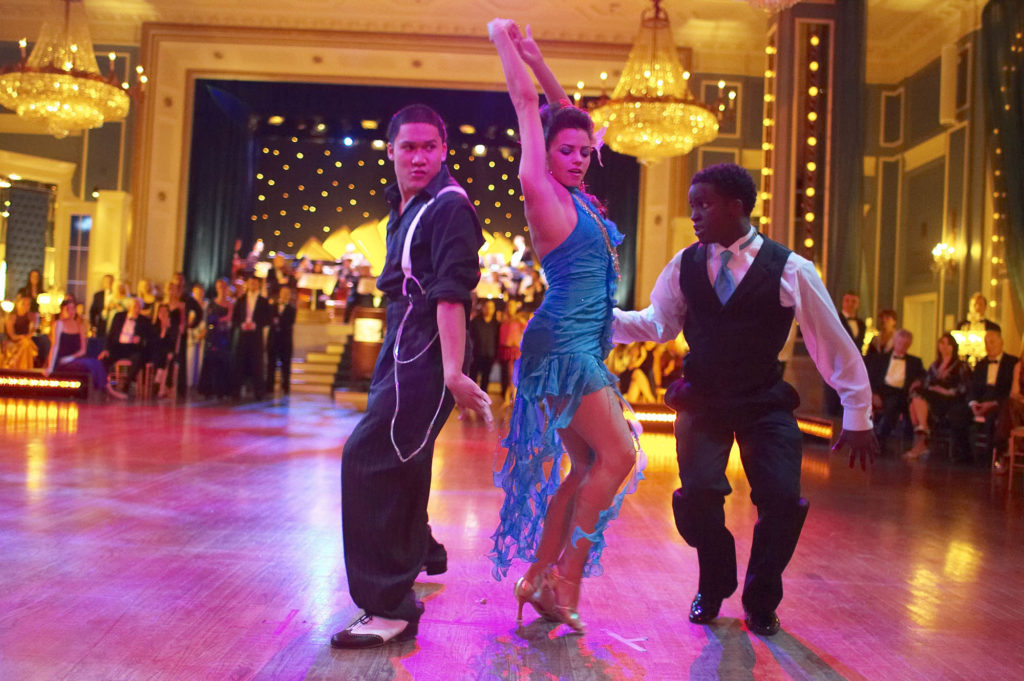 Dante Basco’s education in Orange County High School of the Arts, with backgrounds in music and dancing, were probably instrumental in him getting the role of a fiery dancer in this move led by Antonio Banderas. In it, he exhibits exquisite ballroom and breakdancing skills, alongside the usual aggressiveness of his characters. 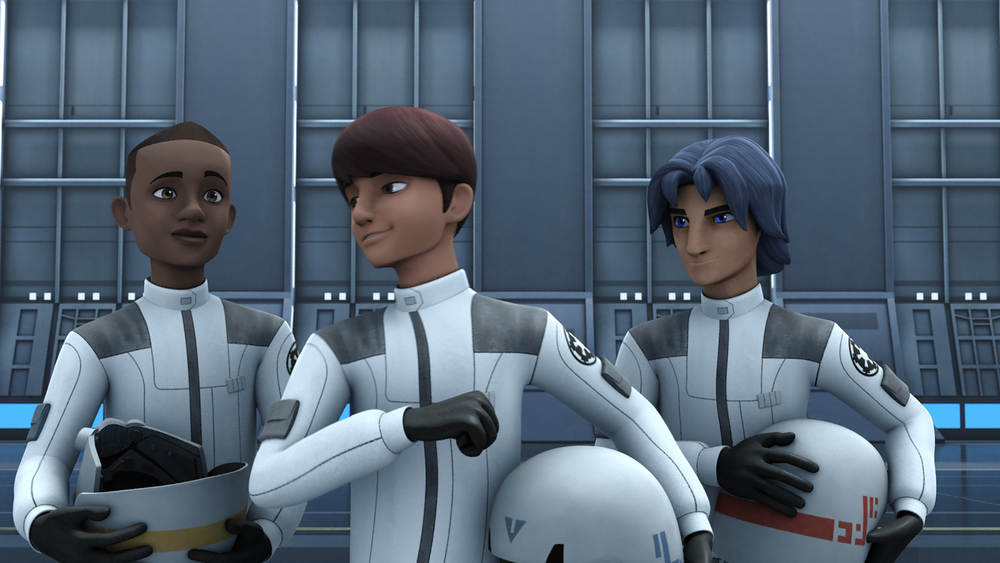 Basco has also been fortunate enough to appear in the “Star Wars” Universe as Jai Kell, a young man enrolled in a school for the Galactic Empire’s finest. His character appeared in two episodes but was also expanded in a tie-in novel to the series, “Rebel in the Ranks.” 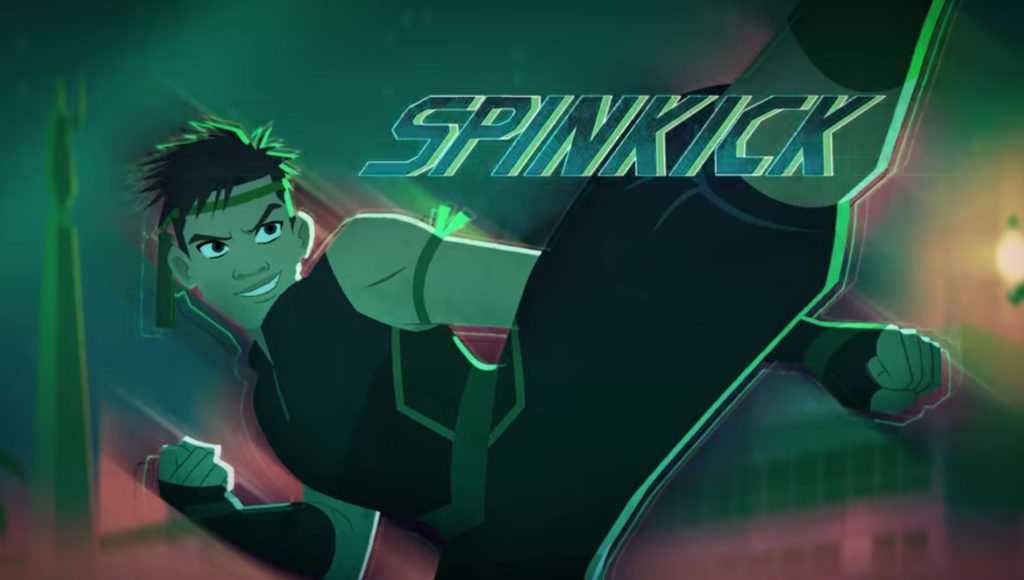 Dante Basco rarely plays out and out villains, but his recent role as the chatty and reckless Spinkick in Netflix’s “Carmen Sandiego” certainly takes the cake. An aggressive martial artist with the strength to plough his foot through stone, Spinkick appears in multiple episodes chasing down the titular secret agent.

Although Dante Basco will possibly be forever be remembered as Zuko’s voice actor, the Filipino-American actor has shown remarkable versatility in his roles and talents. From actor to dancer, from hero to villain, Basco has constantly raised the bar for himself and others. Here’s to hoping he’ll appear in more films and shows in the future.