Heathers: The Musical: A Look into its Plot, Cast and Influence

Broadway has churned out plenty of hit musicals full of profanity that dealt with intense issues in a comedic tone. An excellent example would be “The Book of Mormon,” with its clever lyrics and jaunty tunes. Some musicals combine excellent music, witty lyrics and extremely dark subjects matters to rousing success. Such is the case with the Broadway hit “Heathers: The Musical.”

Based on a very dark and stylized 1989 film of the same name by Michael Lehmann, the Heathers musical changed very little of the film’s message. “Heathers: The Musical” infuses its plot with great lyrics, amazing rock-inspired music that deepens its themes.

Take a closer look at the inspiration, cast, music and influence of “Heathers: The Musical.” 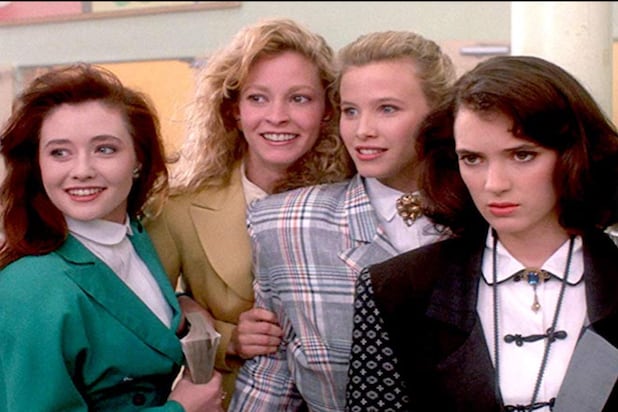 The film that inspired the “Heathers” musical was way ahead of its time. The 1989 film is very sarcastic and dark. Although the costumes and the dialogue are all very reminiscent of teen comedies films like “Pretty in Pink,” “The Breakfast Club” or much of Molly Ringwald’s and John Hughes’ works at the time, the resemblance ends with the high school setting and themes.

“Heathers” deals with incredibly complex topics, such as suicidal depression, peer pressure, sexual assault, homophobia and school violence. The dry wit of the characters and iconic insults weave through these heavy themes with surprising ease and tact. Its bleakness is now poignant, but at the time of its release it was simply too dark and the film failed, despite the star talent of Wynona Ryder and the then-promising Christian Slater.

“Heathers” established one of the most enduring high school clique tropes of all time: the three-girl bully squad. This formula has been repeated in “Hard Candy,” “Mean Girls” and even on TV shows like “Gossip Girl” and “Riverdale.” 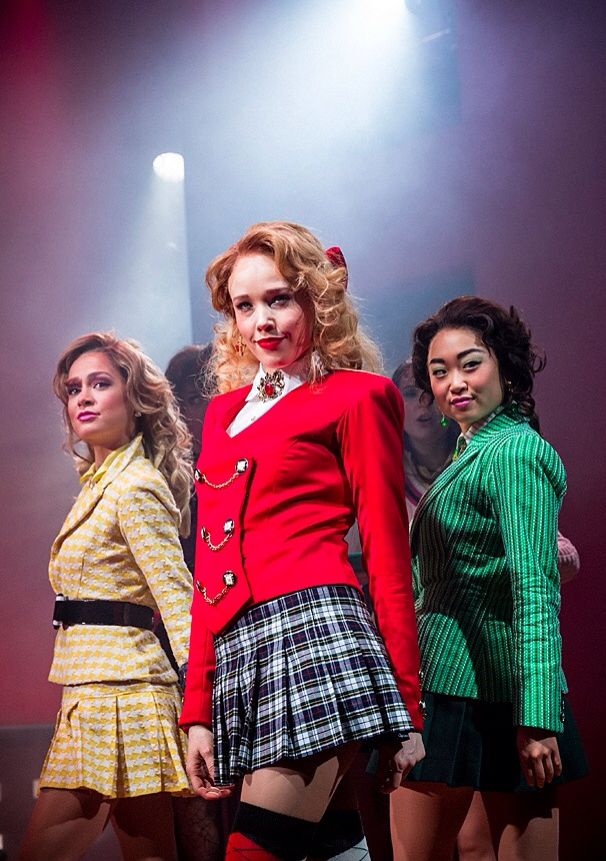 The “Heathers” musical is very faithful to its source material. Conceived by Laurence O’Keefe and Kevin Murphy, the black comedy of the movie is not only translated but enhanced in the production.

“Heathers: The Musical” is quite an experience. The lyrics not only heightens the characterization of the film’s characters, but they also add more depth.

Many songs expand upon thoughts and depths only hinted at or glossed over in the film. For example, in 2018, a song was added for one of the lesser Heathers titled “Never Shut Up Again.” Other songs that have always been part of the musical that make “Heathers: The Musical” an improvement over the film include the epic “Candy Store,” which properly introduces the villainous Heathers in all their petty glory.

Although it could never replace the power of the original film, “Heathers: The Musical” truly showcases how well Broadway, or in this case Off-Broadway, can make a better version of the media it choses to adapt. The “Heathers” musical retains the dry wit of its source material, while making it more appealing with songs and dance numbers. Do these remove some of the bleakness of the original? Certainly. Did it make the musical more popular and palatable to audiences? Definitely. 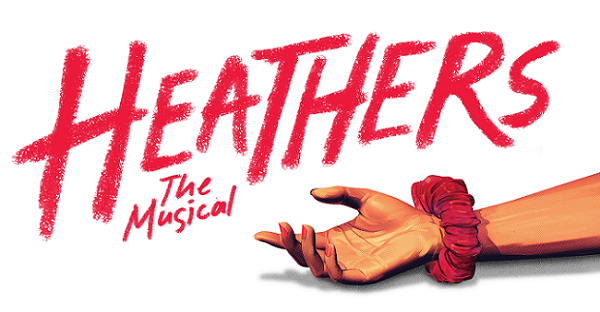 “Heathers: The Musical” is the brainchild of Laurence O’Keefe and Kevin Murphy. The two had previously collaborated to turn “Legally Blonde” into a musical production. After securing the rights to the show form the film’s screenwriter, the first private reading of the “Heathers” musical occurred in 2009, five years before it would debut in New York. The first readings featured Kirsten Bell as Veronica Sawyer. Although the actress read the part, she would not take the role to the stage.

The musical first debuted on stage in the Hudson Backstage Theater in Los Angeles in 2013. At this point, Barrett Wilbert Weed and Ryan McCartan were already attached to the roles they would originate, namely Veronica and J.D. The show was up for a limited time only, more of a preview than a proper run at all. Much of the “Heathers: The Musical” cast would change when it shifted to its iconic Off-Broadway run.

The musical’s first proper run was at New World Stages in New York. It was previewed for 15 days before properly opening on March 31, 2014. The Off-Broadway run contained perhaps the most iconic “Heathers: The Musical” cast, especially with Jessica Keenan Wynn as the deliciously catty and horribly abusive Heather Chandler. Although it was a success and both audiences and critics praised the show, the “Heathers” musical closed its curtains for the last time in August of 2014.

But that wasn’t the end of “Heathers: The Musical.” Not only did it enjoy a brief revival in England, first in The Other Palace before making a proper West End debut, the musical is now also available for school performances.

Because of the high school setting and its topics, “Heathers: The Musical” has been eyed as an ideal teaching experience for teens. A script, heavily edited to remove politically incorrect language and much of the profanity, was made available to frustrated dramatists in high schools everywhere. Does this editing rob the “Heathers” musical of its power? Perhaps.

The Original Cast of Heathers: The Musical 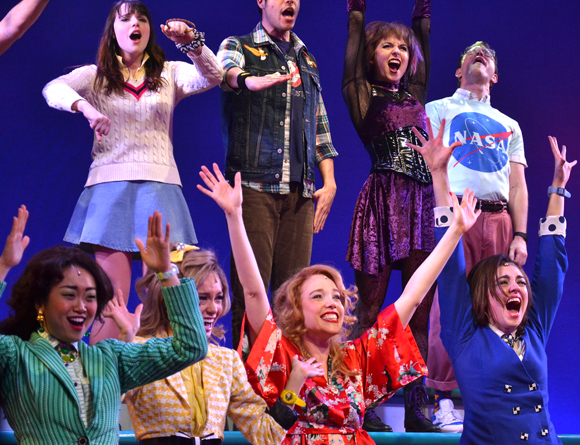 The “Heathers” musical is full of great roles but the three that truly matter the most are intrepid Veronica Sawyer, bitchy Heather Chandler and murderous J.D.

The iconic actors in the first “Heathers: The Musical” cast on Off-Broadway are established talents in their field. Anyone who has seen them on-stage during their run or listened to the cast-recordings can immediately recognize their voices. Get to know them a little better. 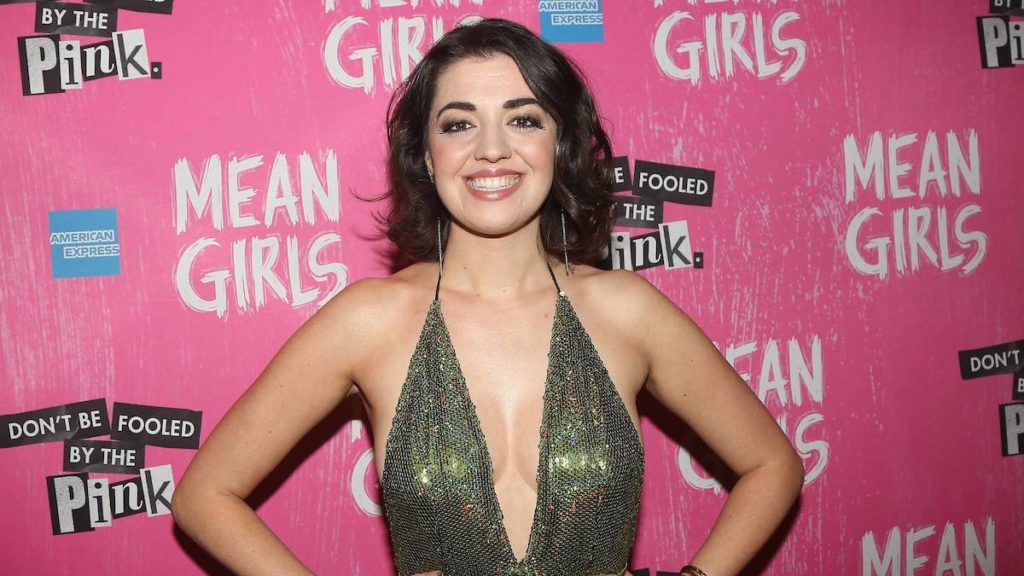 Barrett Wilbert Weed had already joined the casts of two other Broadway productions before joining the cast of “Heathers: The Musical.” Her dark hair, large eyes and smoky voice make her an ideal musical counterpart to Wynona’s Veronica. After originating the role of Veronica on stage, Weed would go on to play another snarky, dark-haired outsider, this time as Janis in the musical production of “Mean Girls.”

Veronica Sawyer starts off in a rather unconventional positions: an outsider adopted by the most popular girls in school. Although she first tries to embrace the roles and cruelties demanded from her by the Heathers and the high school hierarchy, Veronica ultimately throws off the shackles of a toxic relationship between her and J.D. and her and the school. 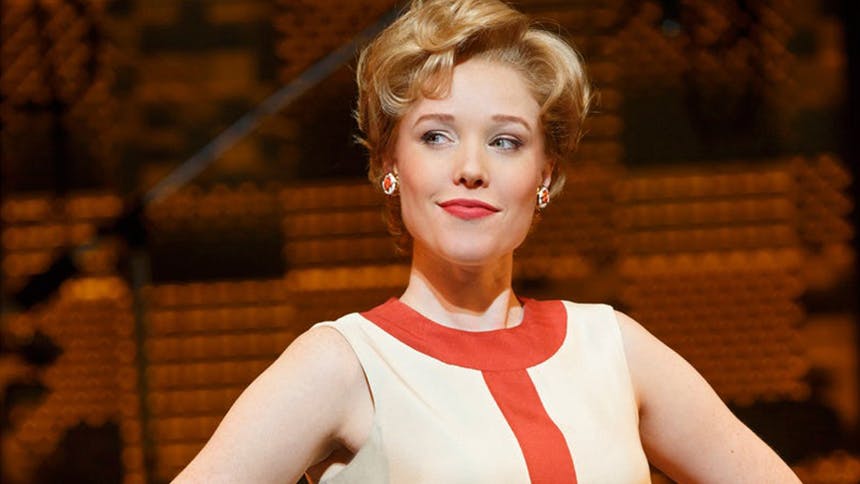 The granddaughter of character actor Keenan Wynn, after whom she is named, Jessica Keenan Wynn shone as the delightfully bitchy but also disturbingly abusive Heather Chandler. Her performance was greeted with much praise from critics and audiences. After her stint on “Heathers: The Musical,” Wynn would go on to star as the Young Tanya in 2018’s “Mamma Mia: Here We Go Again.” 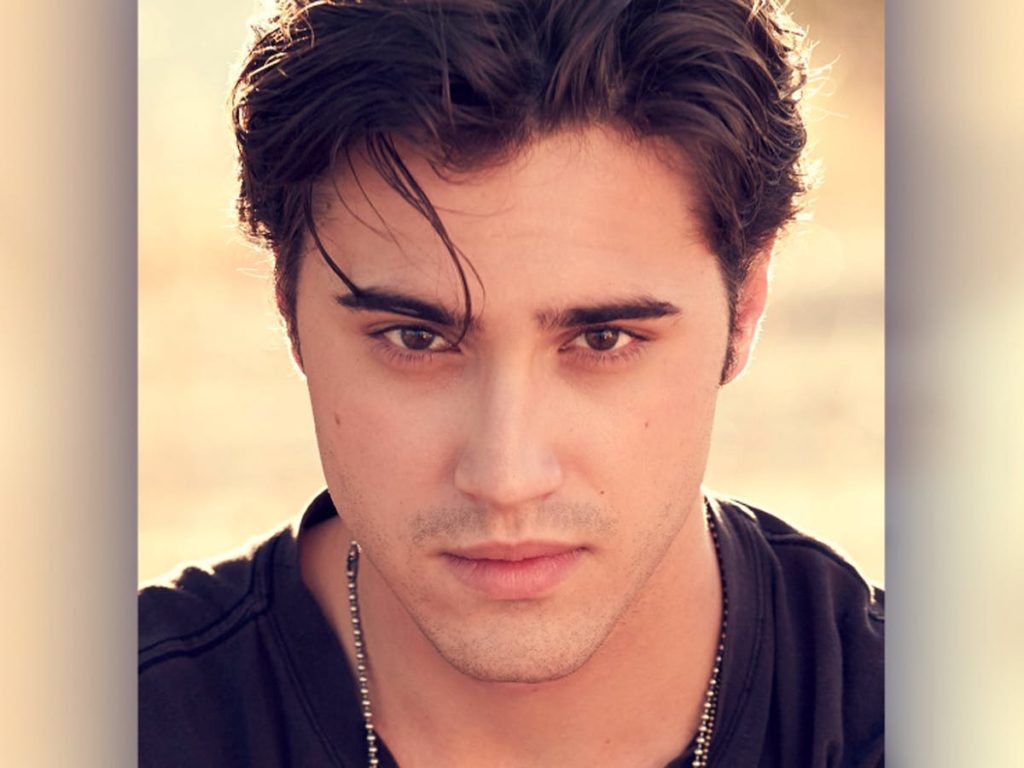 Ryan McCartan was a fresh face on Broadway when he debuted as the murderous and passionate J.D. His leading role in “Heathers: The Musical” was his first theater credit, an impressive feat for a young and unknown actor. Since his time in the cast of “Heathers: The Musical,” McCartan has moved on to Broadway productions, first as the dashing Prince Fiyero in “Wicked” to the dashing and villainous Prince Hans in the stage productions of Frozen.

J.D. starts off as a classical Byronic anti-hero: handsome, sarcastic and edgy. Veronica is drawn to his pseudo-philosophy before realizing that his charming exterior hides a broken and dangerous creature who is more than capable of mass murder.

The Best Songs in Heathers: The Musical

In a musical with over two dozen songs, it can be very hard to choose which ones are the best. However, below are the top 4 songs in the “Heathers” musical according to this author.

In an elaborate ruse to ruin the posthumous reputation of a couple of jocks, J.D. and Veronica stage their alleged suicides to make it look like they were gay lovers. However, the plot backfires when the dead jocks are vindicated instead, accepted by their fathers in death. “My Dead Gay Son” contains multiple unprintable terms because it uses slang that was fine in the 80s but reprehensible today. Although the slang may sting, the message of the song ultimately showcases that the fathers of the jock regret not learning about this manufactured facet of their sons and embrace them for it, even though it’s now too late. It’s also hilariously over the top.

Ryan McCartan and Barret Wilbert Weed shine in this duet, which is presented as Veronica’s last olive branch to J.D. Veronica insists that they can just be seventeen, that they could stop their murderous rampage and do normal things. Despite her heartfelt pleas and J.D. apparently expressing the same desires for normality, he spurns her and continues his killing spree. The song is more heartbreaking in hindsight because of it.

“Heathers: The Musical” has been criticized for not using more authentic 80s musical cues but “Dead Girl Walking” shows that this is probably for the better. Devoid of synthesizers so popular in the play’s era, the song perfectly captures Veronica’s determination to take what she wants after Heather Chandler promises to ruin her reputation. Barrett Wilber Weed’s vocalization and spunk is fully brought to bear in this song about sex, desperation and determination. 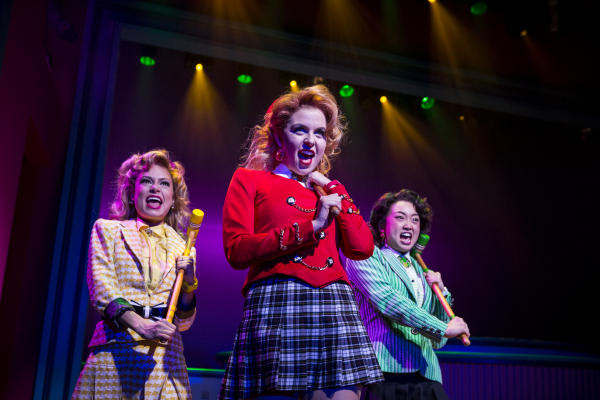 Possibly the best addition to the “Heathers” musical, “Candy Store” properly introduces the ruling trio of Westerberg High. Their introduction is epic to the extreme, giving the Heathers the establishing character moments they deserve. With crazy guitar riffs, hilariously mean lyrics and such catchy lines delivered exquisitely by Jessica Keenan Wynn, “Candy Store” will have you screaming “Listen up, beeyotch” and “SHUT UP, HEATHER!” in no time.

Here’s hoping that this gloriously campy production gets a revival sometime soon.