Listen, Sharpay Evans is THE Star of High School Musical

It’s the year 2006 and everyone’s obsessed with “High School Musical.” Apart from the singing and dancing, everyone’s in love with the relationship and musical aspirations of the protagonists Troy Bolton and Gabriella Montez. On the other hand, fans are annoyed at Sharpay Evans for being the classy, flashy villain who’s trying to ruin everything for Troy and Gabriela. On top of that, she’s always overshadowing her brother, Ryan Evans.

In 2006, Sharpay Evans was the diva no one wanted to be or befriend. She was mean, she stood in other people’s way and did not deserve the leading roles in school plays.

Fast-forward to 2022: everyone’s older and wiser and we’ve had three movies in the “High School Musical” franchise. It’s already a legend. By this time, the people who crossed off Sharpay Evans as the stuck-up, privileged mean girl of the HSM realize that they had a serious lapse in judgment.

We realize that Sharpay was the best character, and she deserved so much better.

The Evolution of Sharpay Evans

Played by actress Ashley Tisdale, Sharpay Evans was the Queen of East High’s theater scene. She and Ryan starred in all of the school’s productions. In each “High School Musical” film, she’s always trying to be the star of the show, only to be overshadowed by amateurs.

Out of all the characters in the HSM series, she’s the one with the most character development.

In the first “High School Musical” film, Sharpay is portrayed as a drama queen. She’s a spoiled brat who gets what she wants, including the best roles in the school plays. However, when Troy and Gabriella enter the scene, alarm bells ring off and Sharpay does what she does best: do what it takes to get what she wants.

She was very ambitious — to the point that she would manipulate people for sympathy, cheat to win and eliminate all of her competitors. By the end, she eventually came to terms with Gabriella and Troy winning the coveted parts and participating in “We’re All In This Together.”

In “High School Musical 2,” her ambitious and mean side resurfaces when she was determined to win Troy Bolton’s affection (so she can include him in the talent show).  She reaches her peak villain mode when she does everything to separate Troy and Gabriella while casting off her brother to the side. In the end, her plans are foiled and Sharpay reverts to her nice self by giving Ryan the talent show award.

In “High School Musical 3,” Sharpay is both a villain and a hero. She’s still the same Sharpay Evans we know, only this time, there’s another one like her lurking behind the scenes. A girl named Tiara pretended to be her personal assistant, only for this girl to sabotage her performances, sabotaging Sharpay’s chances for a scholarship at Julliard.

She made an epic return by crashing Tiara’s performance and taking her rightful place as the one and only SHARPAY EVANS in East High.

Finally, in “Sharpay’s Fabulous Adventure,” we get to see the East High diva in a more vulnerable light as she’s thrust into the real world of college. Sharpay deals with hardships and getting hit by reality. It is here, however, that she finally becomes the star of the show. At the same time, people are acknowledging that she is one of HSM’s best characters.

How to be Like Sharpay Evans: Why She’s the Best Character 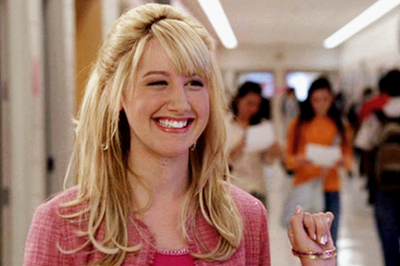 Though Sharpay Evans is painted out as the villain of “High School Musical,” today’s audiences point out that she’s just misunderstood and is easily redeemable.

Here are some reasons that Sharpay Evans is the best character in the films:

She Works Hard for Her Goals

Let’s face it: Troy and Gabriella never took musicals seriously. They showed up late to auditions, Troy nearly quit in the second film and Gabriella prioritized her college life over the final show. On the other hand, Sharpay is passionate about theater and the arts.

She starred in several musicals before the series, and she clearly worked hard on them. Apart from practicing a lot, she always gave 101 percent. She even added life to Kelsi’s ballads even though no one wanted a rewrite. You have to admire that kind of dedication.

She Stayed True to Herself

Sharpay has always been in love with theater, long before Gabriella and Troy made it cool. Before theater was the “in” thing in East High, Troy and his friends made fun of Sharpay and her craft. Miss Evans, however, did not care and chose to be true to herself.

She liked to be girly and she liked the color pink. She wore ditzy dresses. She flaunted her diva attitude and did not care. She was fabulous and she knew it and she stuck to it.

She Cared About Family

OK, Sharpay was the worst when she was mean to Ryan. It sucked whenever she forced him into the second position or when she got snippy whenever he made mistakes. But she always eventually realizes her mistakes.

In HSM 2, she was supposed to win the Star Dazzle award, but she awarded it to Ryan instead. In the third film, she was incredibly happy for her brother as he got accepted to Julliard, even if it was at her expense.

She Always Spoke Her Mind

Gabriella was always wistful during the “High School Musical” franchise. Sometimes she loved theater, sometimes she just liked Troy and sometimes she didn’t like either. She was also bad at expressing her thoughts to other characters (and ends up singing instead). Not Sharpay, though.

She knew what she wanted and she communicated it. Remember when she noticed her wall bed in her New York apartment? She called it a “closet with a tongue” and she was right.

She Always Moved On

During the films, Sharpay rarely got what she wanted even though she worked so hard. It was always Troy and Gabriella. Even Kelsi nabbed a precious scholarship away from her. Despite all of these, Sharpay never held a grudge and moved on.

She always makes peace with everyone, and that’s a good thing.

Despite our newfound appreciation for her, we have to admit that Sharpay Evans deserved better treatment in the “High School Musical” series. She didn’t need to be the protagonist, but she deserves more recognition for what was forced to put up with.

Her Song Arrangements Were Better

We were so obsessed with Troy and Gabriella that we accepted their version of “What I’ve Been Looking For” and “You Are The Music In Me” so easily. But if you think about it, Sharpay’s version was TONS better. The piano solo? The backup vocals? The jazz squares! Her versions were more memorable compared to Troy and Gabriella’s.

She Earned Her Roles

There’s no questioning that Sharpay was more experienced than Gabriella. She worked hard for her roles, and she had been in seventeen productions. And then, out of nowhere, some chick who sang at a New Year’s Eve karaoke gets her spot? Can you blame Sharpay?

She Was More Prepared

As mentioned above, Sharpay was never late for practice or auditions. She came with the song and choreography memorized. Miss Darbus made an exception for Gabriella, which is unfair.

She Needed the Theater Credits for Her Career

Sharpay was sure that she wanted to pursue theater professionally. She needed those theatrical roles, unlike Gabriella who wanted nothing to do with theater when she went to Stanford Law.

Sharpay Evans encompassed the entire message of “High School Musical” by being unapologetically herself. The entire HSM series is about authenticity anyway. So the next time anyone asks you who the best character in HSM is, it’s Sharpay Evans.