The Highest-selling Celebrity Memorabilia Ever Sold

How far can a collection go? Depending on what you have, it can fetch millions of dollars.

The potential profit from signed movie memorabilia, props, dresses, jewelry, and other types of collections can vary. But to give you some ideas, here are the most expensive items ever sold:

The stories behind Norma Jean’s dresses are just as intriguing and captivating as hers in real life. Take, for example, the jewelry-encrusted dress she wore while singing happy birthday to then-president John F. Kennedy in 1962.

According to rumors, the flesh-colored gown filled with over 2,000 rhinestones was designed to fit her curves it needed to be sewn while worn. Further, gossip claimed that months before her performance, JFK and Marilyn already began an affair.

Thus, when the shimmering dress was sold in an auction, Ripley’s Hollywood Boulevard Museum spent almost $5 million to get it. Marilyn bought it for about $1,400 or $12,000 in today’s value.

And who can forget about that subway dress in the cult classic The Seven-Year Itch? Also dubbed as the flying skirt, the ivory pleated dress came flying when Marilyn stood above a New York subway grill fitted with a fan underneath.

While the scene was in the script, the director failed to account for the complexity. Thus, it took them three hours and fourteen repeats (the final cut featured the same shot performed in California). That’s enough time for passersby, photographers, and the media to enjoy and take pictures.

The same dress, which another actress Debbie Reynolds got hold of, was eventually sold in an auction for a cool $4.6 million. 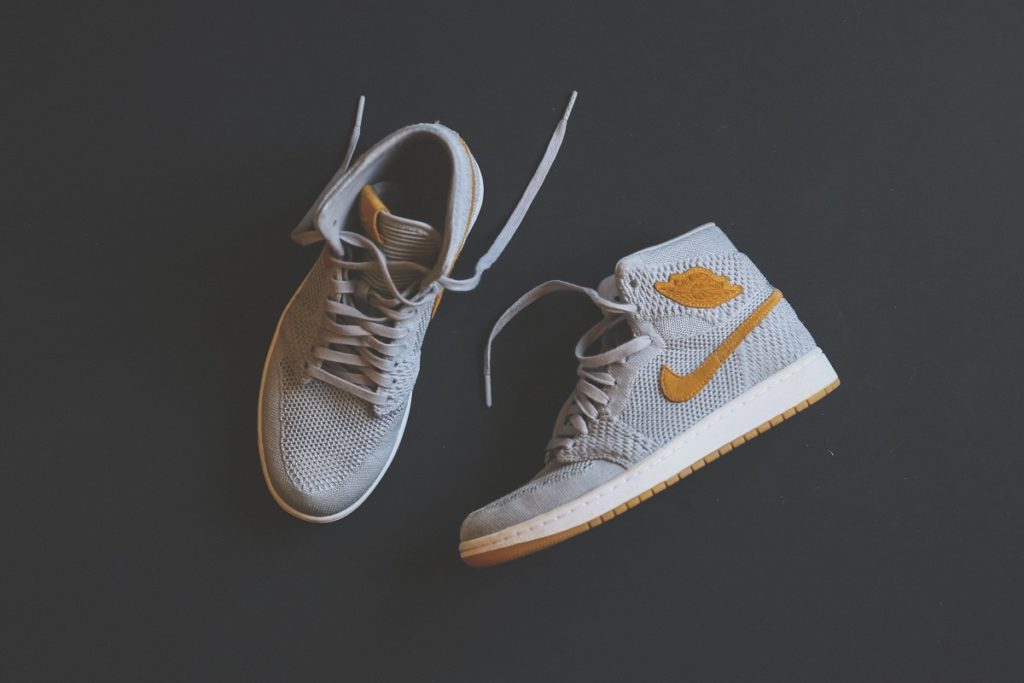 Any sneaker fan knows that owning a Nike Air Jordan is both a bragging right and a strategic move. It remains the best-selling signature shoes in history. According to eBay, the term “Michael Jordan” generated over 800 queries per minute. The site also sold at least 15 million Jordans.

But it wasn’t until the release of The Last Dance, a documentary about Jordan’s life and career, that people learned the Jordans almost never happened. The GOAT didn’t want Nike but Adidas!

That one decision mistake could have meant missing out on earning $126 million, which the brand earned from the line during the first year. Despite being a rookie then, Jordan was paid $250,000, considerably higher than other established basketball players slash endorsers at the time.

When Michael Jackson died in 2009, he had over $400 million in debt. Fortunately, his assets were worth more at $1.3 billion. But the King of Pop wasn’t the only one valued in the market. So are his belongings.

In 2019, Kim Kardashian reportedly paid more than $65,000 for a Michael Jackson custom velvet jacket sold at Julien’s auction. It was about three times more than what the auction house expected for the apparel.

North’s mom then paired it with a white Fedora hat Jackson wore in his “Smooth Criminal” music video for an undisclosed amount. Both made an expensive pair of Christmas presents for Kim’s firstborn.

Julien’s also sold a pair of studded white gloves previously owned by Jackson for around $420,000 excluding taxes to a Hong Kong businessman. The pre-sale estimate was only $50,000. Another black jacket, which he donned in a world tour in 1989, was valued at $225,000.

The first time the Titanic sailed, the media called it the biggest ship in the world. It seems anything related to the vessel is also highly esteemed in the market.

A deformed silver brandy flask found along with the first-class passenger Edward Kent, who perished during the tragedy, sold for about $100,000.

Meanwhile, a Titanic letter fetched a higher price than the flask at around $175,000. The notepad, which survived the Atlantic Ocean, still bore sea stains. The date was before the ship hit the iceberg.

The Nate D. Sanders Auctions also listed plenty of items from the Titanic movie it had sold. Someone paid a life vest prop for $866. Another spent at least $20,000 for a costume tag for Leonardo di Caprio.

In another auction in 2012, the dress Kate Winslet’s character wore during a famous party scene was sold for $330,000.

Some stores today may sell signed memorabilia for around $400. While that may sound too much for others, their value could be worth thousands more within the next few years. This makes them excellent investments—and nice conversation pieces at home.